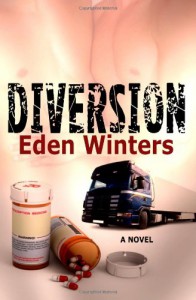 "That was the clinic. They want me to get drug tested Friday before they set up my second interview."

Judging from his excitement, he might actually consider it a real job offer and not an invitation into the lion's den. He beamed ear to ear.

On a mission to return the man to earth, Lucky swatted his backside. "If only I could say the same." He skipped away from Bo's badly aimed right hook.

"Though the station played Skynyrd's "Freebird", one of Lucky's favorites, he'd rather crawl on broken glass than accept Bo's choice. He jabbed at a button, switching the station and pretending to be spellbound by a rapper's angry shouts.

"You're kidding me, right? You don't honestly listen to rap, do you?" He jabbed another button. Lucky jabbed it back.

They continued their fight until a button popped off the stereo, disappearing under the driver's seat.